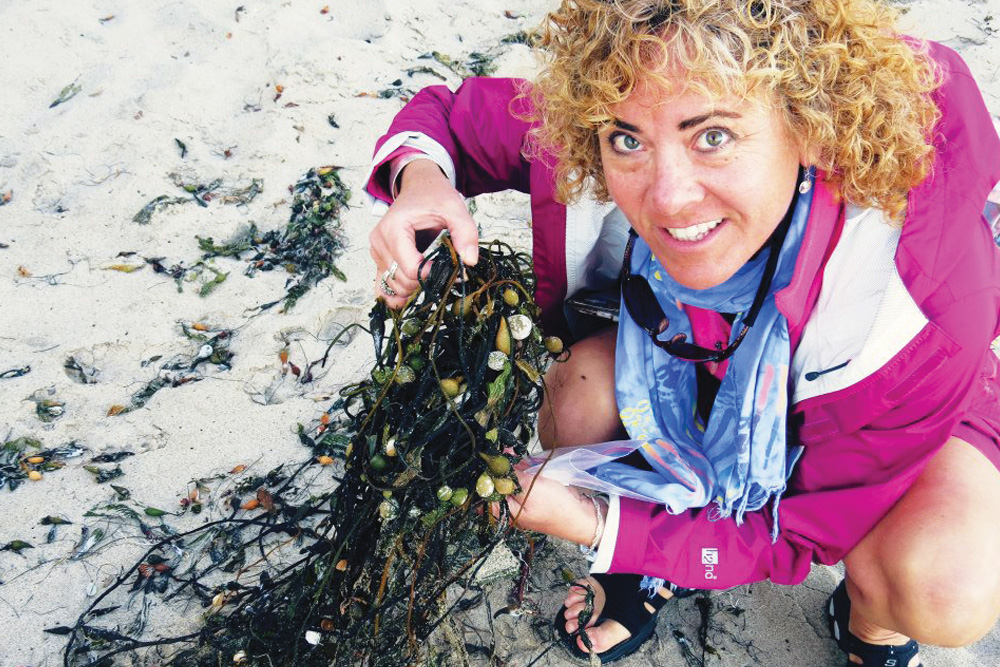 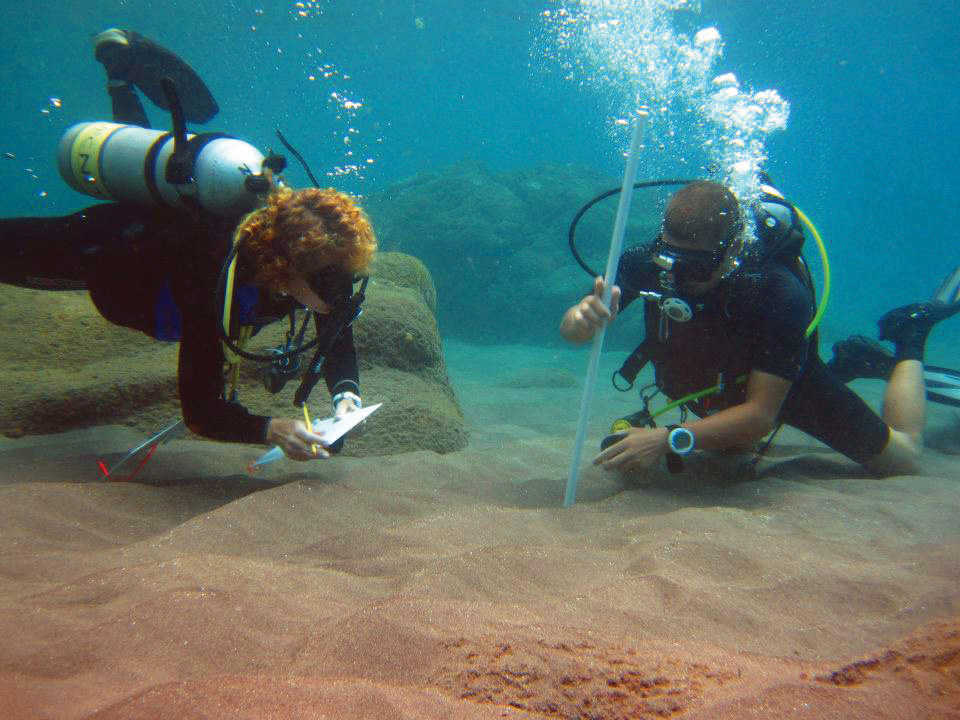 Jenny and a student taking measurements on the seafloor.

Trying to figure out what to do when she grew up wasn’t easy for Dr. Jennifer Rahn, because she had so many different interests. In high school in New Jersey, Jenny was more interested in running with her cross-country and track and field teams than she was in classwork. She also had a natural talent as an artist, which was nurtured by her parents, who are both graphic artists. Then there was a love of the beach. At first it was just to work on a suntan and swim. It didn’t occur to her that she might make a career out of studying the coastal environment until much later. She also liked to travel, and it was a vacation with a friend to the island of Saba in the Caribbean that introduced her to scuba diving and the coral reefs of the Caribbean Sea.

Jenny went to college and continued to compete in sports. Selecting a major seemed like a hard choice, but then she learned that a major in geography involved a lot of map making, or cartography, satisfying her desire to keep up with drawing and art. She fell in love with maps and has been making them, studying them, and teaching about them ever since. When she graduated, she moved to Saba for two years and became a certified divemaster. “Diving every day and working as a guide for visiting divers who wanted to see the coral reefs around Saba led me to really appreciate the underwater world. When I went back to graduate school to get a PhD in geography, I decided to specialize in coastal and marine ecosystems.”

For a kid who didn’t have much interest in classwork, Jenny finds it ironic that she ended up becoming a college professor. But, when you think about it, teaching in a college setting means that she doesn’t sit at a desk all day, and the academic calendar has breaks in between semesters, allowing her to pursue her other interests. 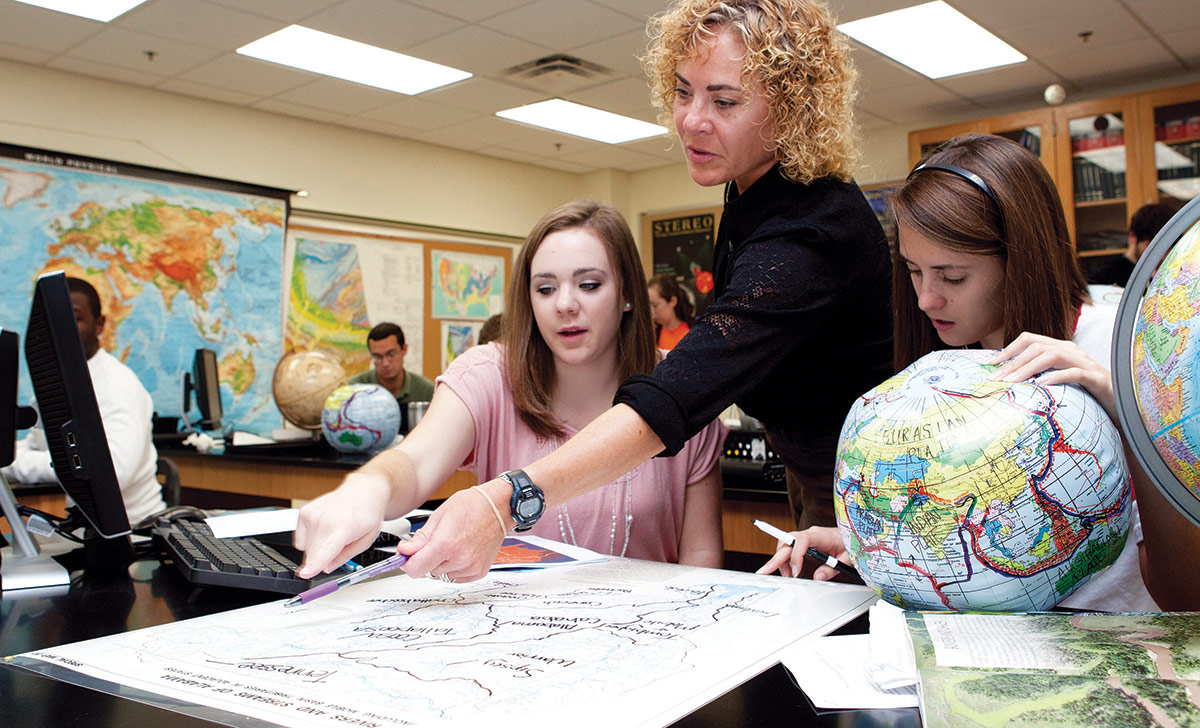 Back in the classroom at Samford University

Deciding to be a college professor is one thing, becoming one is another. It was a long road to get her PhD and then a job as a professor: there were three degrees to earn (bachelor’s, master’s, and PhD), internships and fellowships, plus lots and lots of field work. Since Jenny began studying cartography in college, the field of geography transitioned from drawing and drafting to Geographic Information Systems (GIS), which entails using computer programs to make complex maps that are linked to databases covering lots of different subjects.

Today, Jenny is a professor at Samford University in Alabama. Even though she lives five hours from the ocean, she is heavily involved in ocean research and finds opportunities to expose her students to the marine environment and coastal processes. During the school year, Jenny spends most of her work days in the classroom teaching. She takes her students on weekend field trips to the state marine lab and to the beach, where she trains them to use survey equipment to measure beaches and dunes. During winter and summer breaks, Jenny returns to Saba with groups of students to introduce them to scuba diving and participate in ongoing projects that map and monitor the beaches and coral reefs. The academic year works well for her, allowing her to spend time in the classroom and lab researching topics in coastal processes, while giving her opportunities to spend time in the field, giving her the best of both worlds.