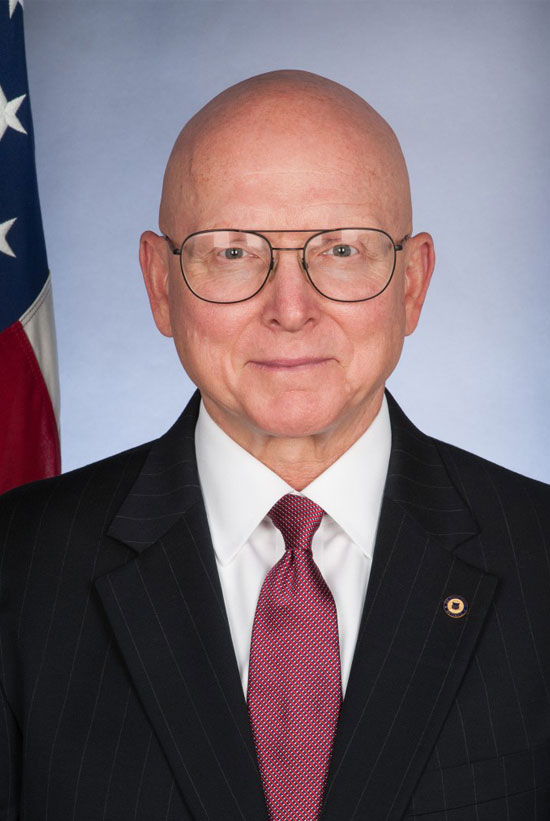 In 1998, ADM Robert J. Papp Jr., USCG (Ret.) was awarded the NMHS Distinguished Service Award.  In 2011, ADM Papp was honored again; on this occasion he was awarded the NMHS Bravo Zulu Award at the Annual Awards Dinner. We recognized his many accomplishments in the evening’s awards dinner journal:

The NMHS Bravo Zulu Award is being presented to Admiral Robert J. Papp, Jr., the 24th commandant of the United States Coast Guard, a position he has held since May of 2010. Admiral Papp heads the largest component of the US Department of Homeland Security, composed of 42,000 active-duty personnel, 8,200 reservists, 8,000 civilians, and 31,000 volunteer auxiliarists. Prior to this promotion, he was Commander, Coast Guard Atlantic Area, where he was operational commander for all US Coast Guard missions within the eastern half of the world and provided support to the Department of Defense. Prior to that he served as Chief of Staff of the Coast Guard and Commanding Officer of Coast Guard Headquarters; Commander, Ninth Coast Guard District, with responsibilities for Coast Guard missions on the Great Lakes and Northern Border; and Director of Reserve and Training, where he was responsible for managing and supporting 13,000 Coast Guard Ready Reservists and all Coast Guard Training Centers.

Admiral Papp has been a particularly energetic steward of the reputation and history of the Coast Guard, including his service as captain of the Coast Guard’s sail training vessel and “America’s Tall Ship,” USCG Barque Eagle, in the late 1990s. In 1998 then-Captain Papp was recognized for his tenure as commanding officer of the Eagle with the NMHS Distinguished Service Award. As he pointed out in his Afterword of The Skipper and the Eagle, the story of Eagle’s first voyage after being converted from a German sail-training vessel claimed as a war reparation to a US Coast Guard vessel: “Holy-stoning decks and making baggy-wrinkle are not always popular with our young cadets, but all who sail in a square rigger come away with a greater appreciation for our country’s nautical heritage. In an age of rapid technological change which is redefining the practice of navigation and seamanship, Eagle reminds us that seafaring is an ancient and honorable profession.” Admiral Papp has been an extremely vocal advocate of the value of teaching Coast Guard history, and has pledged his support for a Coast Guard museum in New London, Connecticut, the home of the Coast Guard Academy, as well as heritage centers in New York and around the country.

Admiral Papp has served in six Coast Guard Cutters, commanding four of them: Red Beech, Papaw, Forward, and the Eagle. He also served as commander of a task unit during Operation Able Manner off the coast of Haiti in 1994, enforcing United Nations Sanctions. Additionally, his task unit augmented US Naval Forces during Operation Uphold Democracy.

A graduate of the United States Coast Guard Academy, Admiral Robert J. Papp, Jr. also holds a Master of Arts degree in National Security and Strategic Studies from the United States Naval War College in Newport, RI, and a Master of Science degree in Management from Salve Regina College, Newport, RI. Admiral Papp holds the tide of Gold Ancient Mariner, a distinction conferred on the Coast Guard cutterman on active duty holding the earliest designation of permanent cutterman. The Gold Ancient Mariner is charged with ensuring that the sea-service traditions are continued and with maintaining the reputation of the Coast Guard. The National Maritime Historical Society is proud to have counted him as a long-time active member.