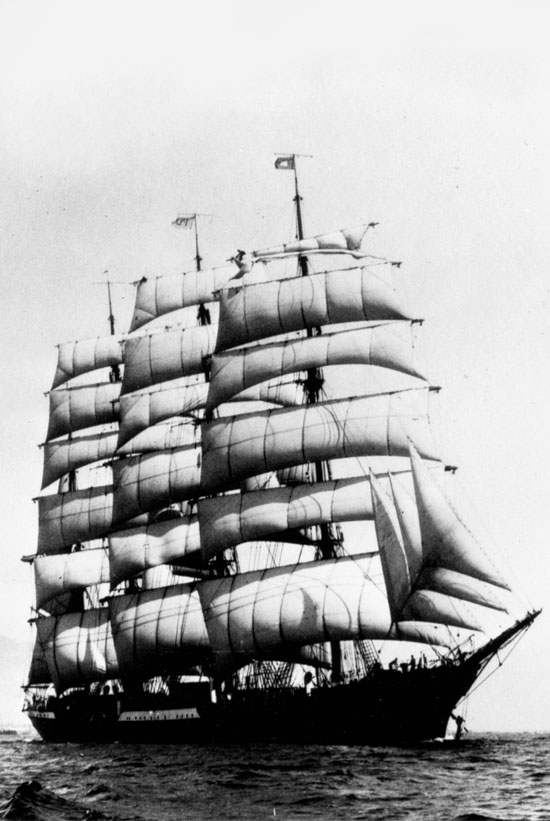 Irving McClure Johnson (1905–1991) was an American sail training pioneer, adventurer, lecturer, and author. He is well-known for his 1929 voyage from Germany to Chile aboard a 345-foot, four-masted bark, Peking, that he captured in his classic film, Around Cape Horn. This black and white film follows Peking as she sails through a storm in the wild seas off the southern tip of South America. During his voyage, Johnson also compiled footage of the crew’s daily activities in addition to spectacular images of the dangerous passage during the storm.

Johnson was a retired captain in the United States Naval Reserve, and during his lifetime he was the owner and master of three sailing vessels, each of which was named Yankee. They were a 92-foot schooner, a 96-foot brigantine and a 50-foot steel-hulled ketch. The trips averaged 18 months each and were crewed by Johnson and his wife, Exy, their two children, and about twenty college students. He made films of his voyages for audiences in the United States and Canada; a highlight was the discovery of the anchor of HMS Bounty off Pitcairn Island, where mutineers from the British warship had scuttled the vessel.

Many of the Johnsons’ voyages have been documented in their own books and many articles and videos produced by the National Geographic Society and others throughout their sailing career. With an amateur crew, they traveled hundreds of thousands of miles to the islands of the South Pacific, ports of call in Southeast Asia, around the Cape of Good Hope and home to Gloucester.

Johnson educated the public about the majestic age of sail throughout his life, personally narrating showings of Around Cape Horn on board the Peking, docked at South Street Seaport in New York City from 1974–2016 and working with Mystic Seaport and the Sea Education Association, serving as a trustee of both.

The Los Angeles Maritime Institute recently honored Irving and Exy Johnson by naming their twin brigantines in their award-winning Topsail Youth program after them.