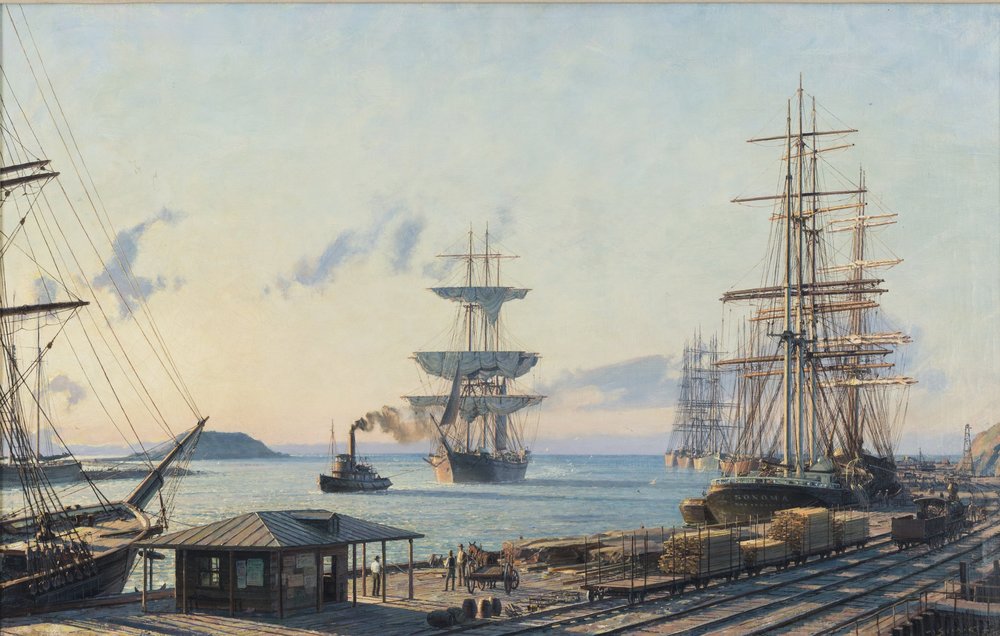 The Noble Maritime Collection presents Stobart at Noble, an exhibition of oil paintings and drawings by the preeminent maritime painter, John Stobart.

John Stobart is the master painter whose panoramic compositions recall the history of the maritime industry.  He has an international reputation and his work is in major art collections worldwide.  Stobart at Noble will feature a selection of his oil paintings and plein air drawings.  Stobart joined the Board of Trustees of the museum in 2001 and presented a retrospective exhibition at the museum in 2003.

Born in Leicester, England, John Stobart showed an early aptitude for creativity and studied at the Derby College of Art and Royal Academy Schools.  Upon graduation, he embarked on a voyage to South Africa where he began a lifetime process of gathering material for his work in ports throughout the world.

He immigrated to Canada in 1957 and established his career as a painter, and in 1965 he moved with his family to the United States.  He founded Maritime Heritage Prints, Inc., through which he published limited edition prints of his works, in 1976, and in 1986 he published the first of his large-format books, Stobart, The Rediscovery of America’s Maritime Heritage.

Stobart created the Stobart Foundation in 1989 for the purpose of awarding scholarships to qualified students who excel in outdoor on-site painting in oil on canvas.  While continuing his popular series of paintings of the historic ports of America, he continues his practice of painting contemporary outdoor subjects.

“Stobart and Noble were friends and mutual admirers,” commented the museum’s director, Erin Urban.  “They corresponded regularly, and though Noble’s work concentrated on the modern waterfront and Stobart captures its history, the two shared a passion for the sea and an affinity for the life of an artist.”